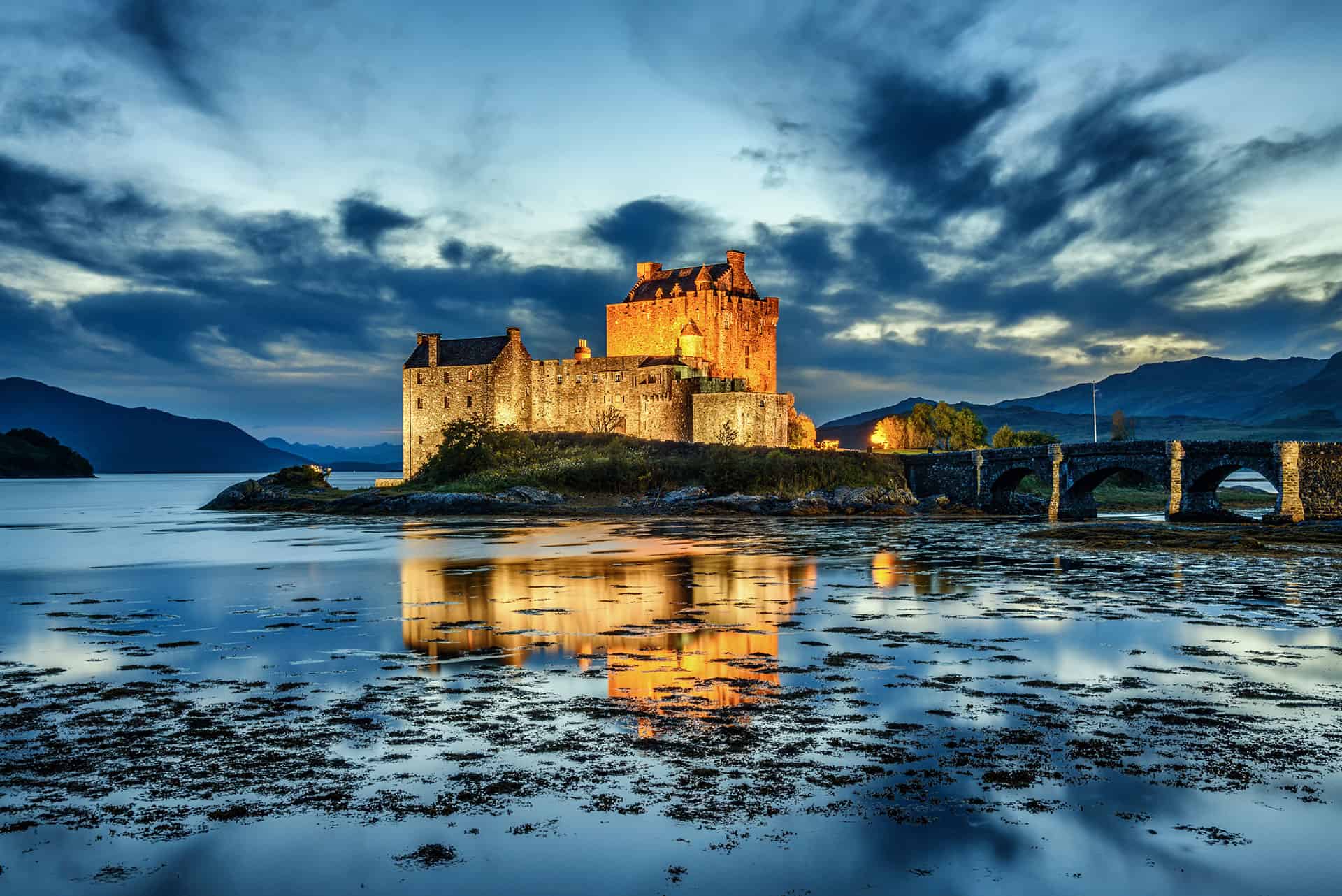 Eilean Donan is one of the most recognized locations in all of Scotland. The stone stronghold was once a hotspot for battle and has been rebuilt four times since the 1200s. Since last being rebuilt in the 20th century, it hasn’t seen much wartime action. The castle is now a popular area for thousands of tourists after appearing in movies like “Highlander” and “The World Is Not Enough.”

The castle sits atop a small island of the same name, which sits at the confluence of three sea lochs in the western Highlands of Scotland. Eilean Donan roughly translates to “Island/Isle of Donnan.” He was a Celtic saint that was martyred around 600 A.D. It is rumored that the island once housed a church of his followers before the castle was built.

While the history of Eilean Donan is largely based on the saint’s lore, there is another legend that predates it. The castle is said to be founded by a mysterious warrior that drank from a raven’s skull as a child, thus granting him the ability to speak to birds. The birds told the child, named Shamus, that his father (the clan chieftain of Kintail, or roughly, the chief head of a mountain range area in Highland, Scotland) will one day be serving Shamus. He did not like the news and banished Shamus to a life of being a traveling warrior, using his communication with birds to gain an upper hand on his enemies.

After venturing back to his father’s estate, his father–now an old man–greeted him with a drink and fulfilled the prophecy. With the two reunited, the story rang through the land and eventually reached the King of Scotland, who appointed Shamus as the guardian of Eilean Donan. That is where he presumably founded the castle.

Whatever background you believe, there is no doubt that Eilean Donan endured the test of time and war. The castle was originally built in the 13th century but was destroyed in the 18th century during the War of the Quadruple Alliance. At the time, Eilean Donan was under the control of Spanish troops and was attacked by three British naval ships. After the castle lay in stagnant ruins for about 200 years, British Lieutenant Colonel John MacRae-Gilstrap purchased the estate in 1911. It was completely rebuilt by 1932 and was opened to the public in 1955.

While it is only two acres of land, the castle’s main draw is the sweeping views from atop the castle’s secret walkway. Since it was fortified to guard against Vikings and other maritime threats, the castle’s location is a key component of its allure. Straight out of the pages of a fantasy novel, visitors will be awed by the towering mountains and expanding seas.

The ten-foot fortress is a blast from the past. Looking inside, the stone walls are adorned with guns, swords, and local artifacts. Throughout the castle, there are wax-like sculptures that depict Middle Age Scottish society. There’s even a display of 1719 cannonballs that were instrumental to the fall and capture of Eilean Donan.

Fast forward to today, the castle has transformed its reputation entirely. Who could’ve thought that this war-torn castle is now a place for tourists and weddings? Even though Eilean Donan is not the grandest or largest castle, it has enough history and notoriety to be the most popular castle in all of the United Kingdom.